Mashtaq, Mir, and Mushtaq: A study to assess the knowledge regarding management of febrile convulsions among mothers of under five children

Materials and Methods: Research approach in this study, quantitative research approach was found to be appropriate to assess the knowledge regarding management of febrile convulsions among mothers of under five children at selected rural area of Ganderbal Kashmir.

Research design: The research design selected for this study was Descriptive Survey Design. In the present study Structured Interview Schedule was administered to mothers of under five children

The age group of 0-5 years are categorized as under five children. This age group of children are vulnerable to get any kind of infection. Under five years of age Children are in developing stage and all body systems are immature. And as their play activities, poor feedings, and immaturity of immune system they get frequently infected with different infections like Respiratory Tract Infection, Otitis Media, Diarrhea, Gastroenteritis etc. Fever is a common presentation of the infections. In some children high grade fever can result convulsions. 1

Fever means that the body is fighting against the infection. “Fever is defined as an elevation of body temperature in response to pathological stimulus”. A clinical policy published by American College of Emergency physicians (ACEP), a child is considered febrile only when his rectal temperature exceeds 380C (100.40F). Fever above 41.50C (106.70C) needs immediate and aggressive antipyretic therapy to control the risk of irreversible organ damage. High grade Fever also increases the risk of febrile convulsions. Mother is first person to understand that the child is ill and who take care of their children constantly. She checks temperature of child as well. If high grade fever is neglected or mismanaged it leads to febrile convulsions in a child. 2

Most childhood seizures are relatively common and represented by febrile episodes associated with Childhood convulsions. The National Institutes of Health (NIH) has defined a “febrile convulsion’ (FC) as a seizure episode in infancy or childhood, mostly occurs between 3 months to 5 years of age, associated with fever but without any evidence of intracranial infection, pathological or any traumatic cause”. Many Studies revealed that between 2% and 5% of all children will experience Febrile Convulsions before the age of five years. Majority of cases of febrile convulsions occurs in children between the age of 12 & 18 months. In Pacific populations the incidence rate can be as high as 15%. It is known that Febrile Convulsions are most likely to occur in families where there is familiar history of Febrile Convulsions. Children from the families with history of convulsion manifests three-times or greater risk than the general population. 3

Sajadi H. M, Shamsi M. (2011): A cross-sectional study was conducted in healthcare centers in Arak city on knowledge of mothers on management of febrile convulsion.100 mothers with children less than two years of age were selected by multi-stage cluster sampling. The results of study revealed that there was lack of knowledge regarding febrile convulsions among mothers so there was need for educational program. 4

Erkek N, Senel S, Sahin M, Ozgur O, Karakan C. (2010) A prospective questionnaire-based study was conducted in the pediatric emergency department at Dr. Sami Ulus Children’s Hospital to reveal the perceptions, knowledge and practices of parents regarding children's fever. Parents of 200 febrile children were selected through purposive sampling for data collection. The study results revealed that parental education about 'fever in childhood' in our population may positively affect parental knowledge and approach to fever. 5

Gordon KE, Dooley JM, Wood E, Brna P, Bethune P (2011) A descriptive study was conducted in Karnataka to assess the mother’s awareness regarding fever control measures to prevent the occurrence of febrile convulsions. By simple random sampling technique 80 mothers were selected for the study. The study results revealed that significant improvement can be achieved by giving education to the parents.

Lahal M, Goldmen M.(2010): A prospective questionnaire-based study was conducted in Seth GS Medical College, Mumbai to describe the health care practice of parents when child has convulsions.140 parents were selected randomly. The study results revealed that delay in treatment put them at higher risk for developing neurological sequel. There is a need to develop appropriate strategies for disseminating information about first aid measure to parents.6

Suad A, Assad B, Adel MZ (2009): A comparative study was conducted in the Department of Pediatrics, Worcester Royal Infirmary, UK to study the effects of giving information to parents with and without febrile convulsive children. 100 parents were selected. The results of the study was compared using a chi-squared test (P < 0.05). The study results revealed that mothers having febrile children have more knowledge as compared to other group. 8 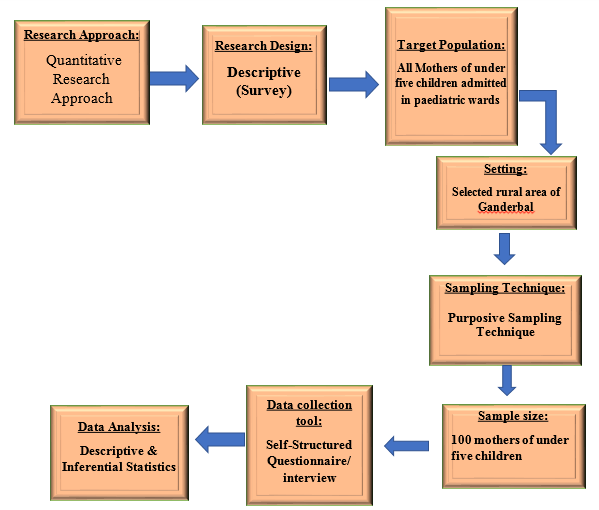 Analysis and interpretation of knowledge of subjects regarding management of febrile convulsions.

Level of Knowledge of subjects regarding management of febrile convulsions. 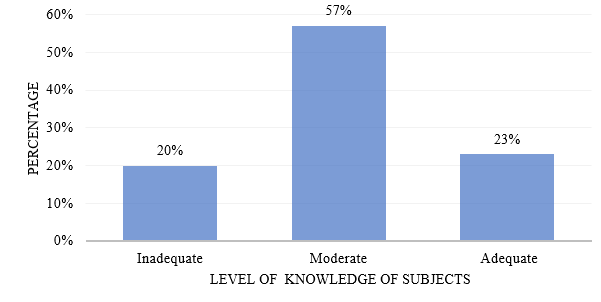 Figure 3 showed that 20% subjects were having inadequate, 57% having moderate and 23%) having adequate knowledge regarding management of febrile convulsions.

A A Kolahi S Tahmooreszadeh First febrile convulsions: inquiry about the knowledge, attitudes and concerns of the patients' mothersEur J Pediatr2009168216771